Once upon a time there was the “vergara

The Marche cuisine has remained deeply rooted in a historically rural civilization, where the prima donna was the vergara, the housewife in the kitchen. Her dishes, straightforward and robust, knew how to use everything that was available, creating delights that we can still taste today in the Marche region.

Tripe omelette, omelette rolled and cut into strips sautéed in a tomato sauce. The famous Ascoli olives, stuffed with meat, breadcrumbs and grated cheese, then floured, passed in egg, in breadcrumbs and fried, Here is the pasticciata Pesaro, a stew of beef in red wine with lard, cinnamon, cloves, tomato sauce , while in Senigallia the cutanèi triumph, “poor” dumplings made up of water, flour and a few eggs.

Perhaps the winners are the vincisgrassi, the most famous pasta of the Marche cuisine, cut into large strips, seasoned with chicken giblets and baked in the oven. Many dishes of rabbit, raised in the inland areas between Ascoli, Macerata and Fabriano, the tastiest is the one in porchetta, stuffed with spices and wild fennel or stewed with white wine, garlic, chilli and aromatic herbs.

What about fish dishes?

Get creative: sea snails, molluscs cooked in stew with tomato, mint and wild fennel, stockfish in Ancona cooked in abundant white wine, anchovy pesto, celery, carrots, onion, chilli, aromatic herbs, peeled tomatoes, black olives and potatoes and the famous brodetto, a dish widespread in much of the Adriatic coast with numerous variations in the ingredients.

Uliassi, Senigallia (three Michelin Stars)
Mauro Uliassi, the Chef who has won 3 Michelin stars, 5 Espresso Hats, 3 Forchette del Gambero Rosso. Mauro superstar opened his restaurant in Senigallia in 1990, together with his sister Catia. His is a cuisine, full of contaminations, variations, sensations, memories and… a lot of sea….

Madonnina del Pescatore,Senigallia (Two Michelin Stars) Inspiration, creativity, curiosity, experimentation. We meet Moreno Cedroni and a cuisine, mostly focused on fish, where imagination is combined with the ability to blend raw materials: from Susci, to Costoletta di turbbo. Each course is carefully detailed to make the guest experience a unique taste experience of its kind. Two well-deserved Michelin stars.

Nostrano, Pesaro (Michelin Star) The best seasonal vegetables come out of Stefano Ciotti‘s kitchen and he manages to amaze us with the grilled tomato steak with raspberries and balsamic vinegar, and the spectacular stuffed courgettes. Lots of sea: mantis shrimp, squid, baby squid, cuttlefish, local clams and a wink at the meats: lamb, pigeon, duck, sweetbreads and rabbit cooked express, with long cooking and then sautéed in a casserole to give them the honor and dignity they deserve.

Among the ‘culinary attractions’ of Fano there is also Chef:Antonio Scarantino not only because is one of the youngest and most brilliant Italian chefs, but also because, given the model physique and  the “Paul Newman face” … he is considered one of the sexyest chef of Italy.

Antonio is of Sicilian origins, but with a past lived in Italy, Germany, France, alongside world-famous chefs, such as Massimo Bottura and authentic masters, such as Franco Clerici and Emilio Barbieri. Today he in charge of AlMare, located in an amazing futuristic building, vaguely in Guggheneim style. There Scarantino loves to revisit traditional cuisine in a creative way with atmospheres of other places and times. 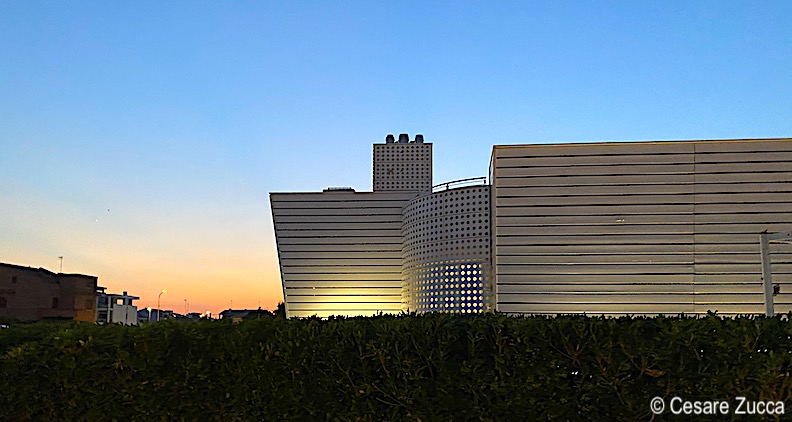 The other is Trattoria La Tressa, a fish restaurant that revisits traditional dishes in a creative way. The name recalls the natural climatic phenomenon that heralds a violent and sudden storm of the sea. Natural but overwhelming, just like Scarrantino’s cuisine

Il Galeone, Fano
It is not without reason that the tasting menu is called the “Perfumes of the Adriatic”, the beach is a stone’s throw away, the superlative fish dishes … on the white tables embellished with an essential and elegant ………. reference to a cuisine that celebrates the territory and winks at distant lands.

We are in a fresh and young restaurant where Chef Marco Vegliò is at the helm of a route that points towards moderate creativity, rich in regional contributions, exotic citations, bittersweet hints, pleasantly served in appropriate contaminations. 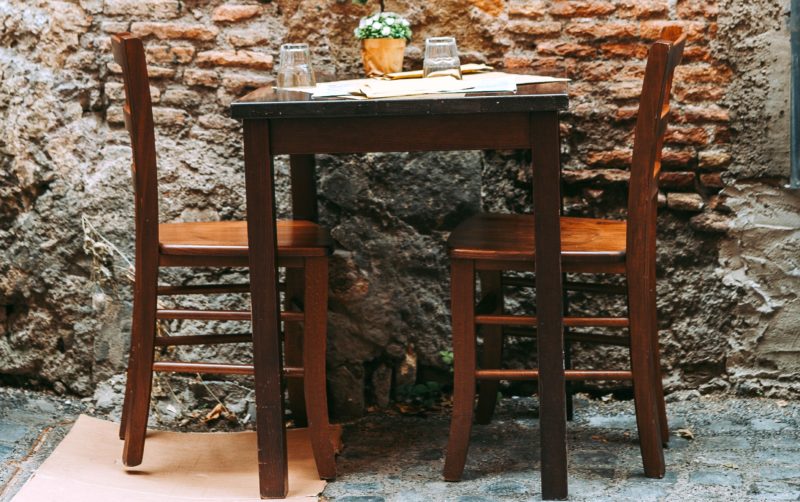 THE EXCELLENCE OF 3 CHEESES

Cheese … rise again!
Formaggio di Fossa di Sogliano Tre Valli
The technique of the infossatura (the burying) is dated back to the 15th century and used to hide food in secret pits to protect them from the raids of the Aragonese troops who were plundering the country. The cheese could be made with sheep’s milk (aromatic taste and a piquant flavor), cow’s milk (delicate, slightly sour and salty with a bitter aftertaste) or ‘misto’, from both milks (well-balanced taste with bittery hints).

The cheese is wrapped in cloth bag and stacked right up to the mouth of the pit then covered with more canvas to prevent transpiration. The pit measures typically three meters high including the neck with a base of about 78 inches in circumference. It is prepared by burning straw inside to remove moisture and the damp air and to reduce bacteria, which may be harmful to fermentation. Finally a wooden lid sealed with plaster or chalk, and then covered with stones and sand. 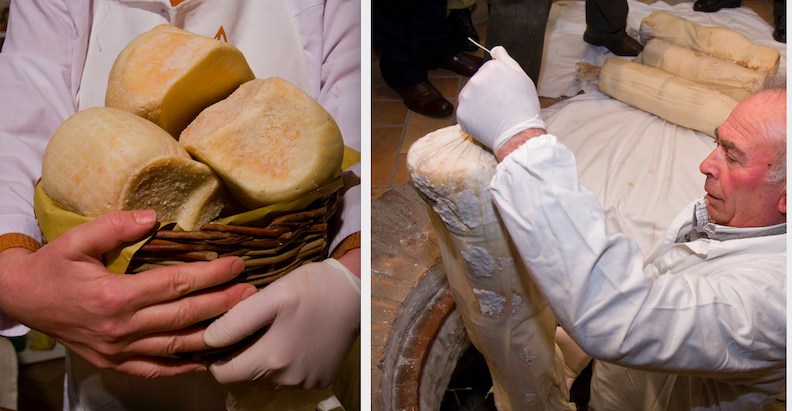 This peculiar process of fermentation gives the cheese a particular flavor, as well as a reduction of whey and fat. It has an uneven shape, a hard or semi-hard and easily friable consistency and a color that spans from white to amber. The aroma is strong, with hints of sulphur, mold, truffles and a pungent taste on the bitterish side.

Mozzarella TSG and its tear … of joy
The acronym stands for traditional specialty guaranteed and certainly keeps its promises. It is a soft, lactic-fermented fresh cheese with a characteristic, savory, fresh, delicately acidic flavor. When you cut it, a delicious white “tear” will come out, not a sad one but on the contrary, almost a joyful greeting of good tasting.

A thousand ways to use it in your dishes, from the simplest to the most gourmet: in risotto, in gnocchi Alla Sorrentina, in parmigiana, on pasta, on eggs and truffles, in fried foods: rice panzerotti, supplì, arancini and croquettes are just a few examples of real delicacies, characterized by a strong taste and a high caloric intake

Among the most famous dishes we find the “Mozzarella In Carrozza”, typical of the Lazio and Campania area and the legendary “Caprese” the top dish of the summer and of course on pizza! My favorite plate? ? The delicious appetizers of ovolini Sibilla, cherry tomatoes and a leaf of fresh basil. Simplicity, taste and happiness!

Here is the famous Casciotta di Urbino, a typical product of the province of Pesaro-Urbino and its surroundings, already known in the 16th century and even loved by Michelangelo Buonarroti i

Crumbly and soft, pleasantly scented with fresh milk. The delicacy of the flavor makes it versatile and the right ingredient for the most diverse recipes, perfectly marrying dishes rich in protein, digestible, traditional but also creative and modern.
Delicious .. always!
Served alone, with rustic bread, together with cold cuts, lard, ham or a robust toasted polenta. Perfect sprinkled on pasta with vegetables, or diced at aperitif time accompanied by fleshy Ascoli olives. Wonderful in salads, with fresh figs, William pears, jams or acacia honey, perhaps paired with a medium-bodied raisin wine.

Truffle… what a  treat!
It is a gem of the Marche region: an authentic king of the table, with an intense and unmistakable aroma.The Marche cities of truffles and their Chefs gathered in a greedy and fragrant event entitled “Tartufo Award 2021” starring the black summer truffle, commonly known as‘ Scorzone “

Among the numerous truffle producing cities, Acqualagna, Sant’Angelo in Vado, Pergola, Fossombrone, Amandola, Apecchio stand out. These cities and their Chefs wanted to celebrate the black truffle in an unprecedented event and gathered in a greedy and fragrant event entitled “Tartufo Award 2021” which took place in the enchanting Resort La Ginestra Ginestra a Acqualagna, in the amazing Gola del Furlo,

There are a thousand ways to serve truffles, from the carpaccio of Marchigiana by Alessandro Valentini, on crouton with ricotta and marjoram mousse, to tested combinations with both low temperature cooked egg proposed by Gianluca Passetti (Il Gatto e la Volpe, Senigallia) or with Paola Antonioli’s tagliatella (Mancinelli, Fossombrone)
There is no shortage of unusual combinations such as cappellaccio on cream of potatoes and truffles, a dish created by Daniele Galvani (I Palazzi, S Angelo in Vado) or pork capocollo braised in cooked wine with peaches from Val d’Aso signed Aurelio Damiani, while those with a sweet tooth will love ‘Nero su Nero’, the dessert by Michele Renga (La Ginestra, Passo del Furlo) served on a shortcrust pastry tart with ricotta cream, walnuts and honey of wild thyme, 90% chocolate disc and black truffle compote

What In the glass?
Certainly a Bianchello del Metauro, a white white produced in the Marche with the Biancame and long white Malvasia vines, It is a precise, young and versatile wine, with a straw yellow color and a dry, fresh, pleasant taste of wild thyme, a disc of chocolate 90% and black truffle compote

The Bianchello d’Autore Projet is from the union of some historic producers of Bianchello Metauro DOC and has been entrusted to the experience and professionalism of a careful choice of nine local producers, whose labels bring to the table a wine that can accompany with harmony the most varied dishes, especially those of fish, including a true icon of the Marche cuisine: the brodetto.

CESARE ZUCCA Travel, food & lifestyle.
Born in Milan, lives between New York, Milan and the rest of the world.
For WEEKEND PREMIUM he photographs and writes about cities, cultures, lifestyles and both traditional and innovative gastronomic delights.
He meets and interviews top chefs from all over the world and to ‘steal ‘their recipes… All of them treasured in his blog, with a “Non Touristy Tourist ” style 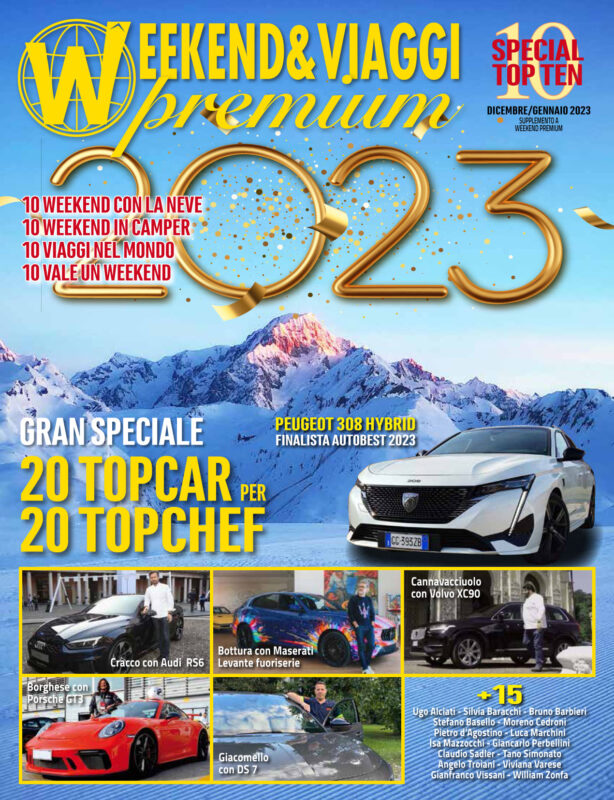 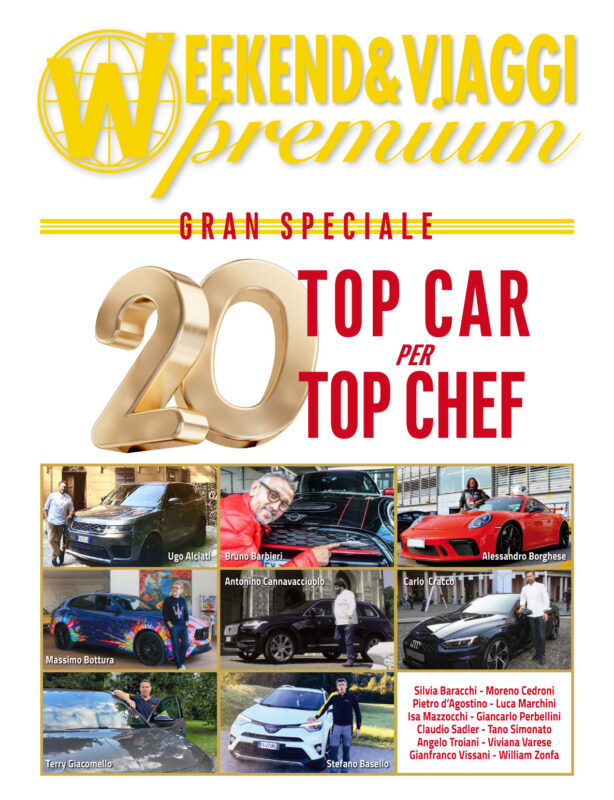 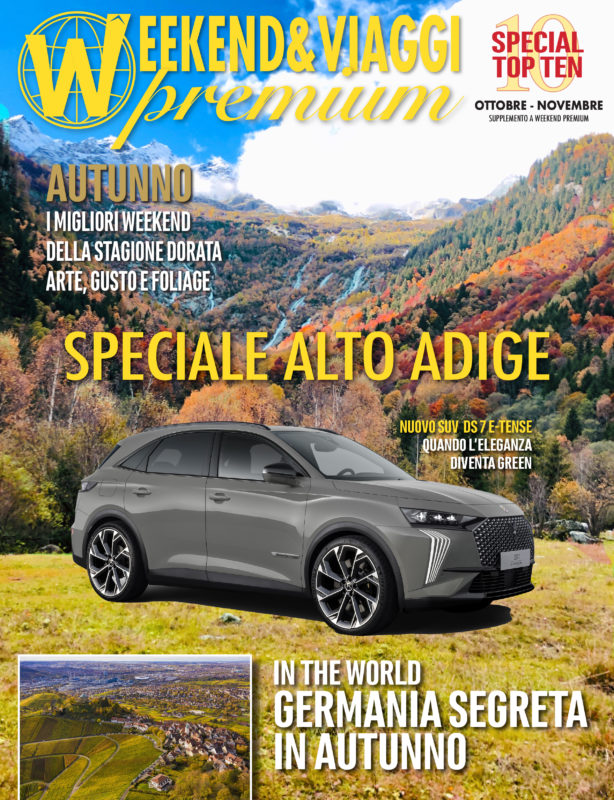 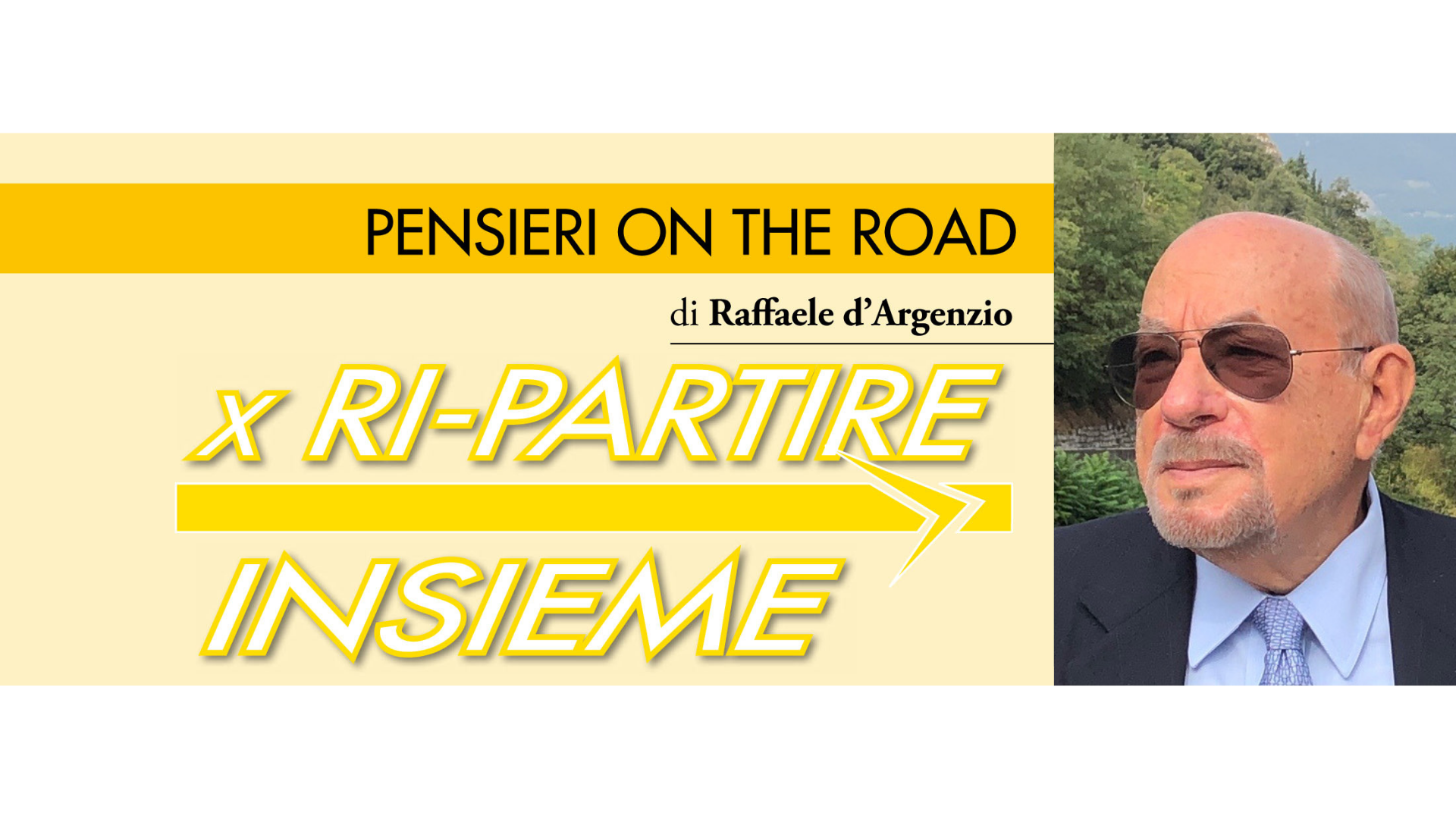 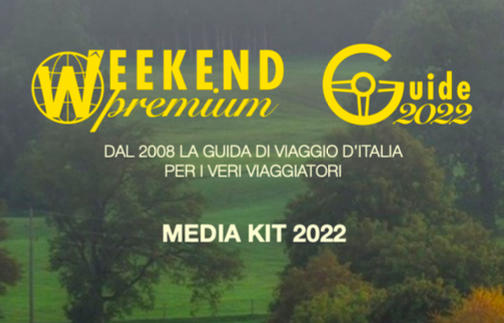 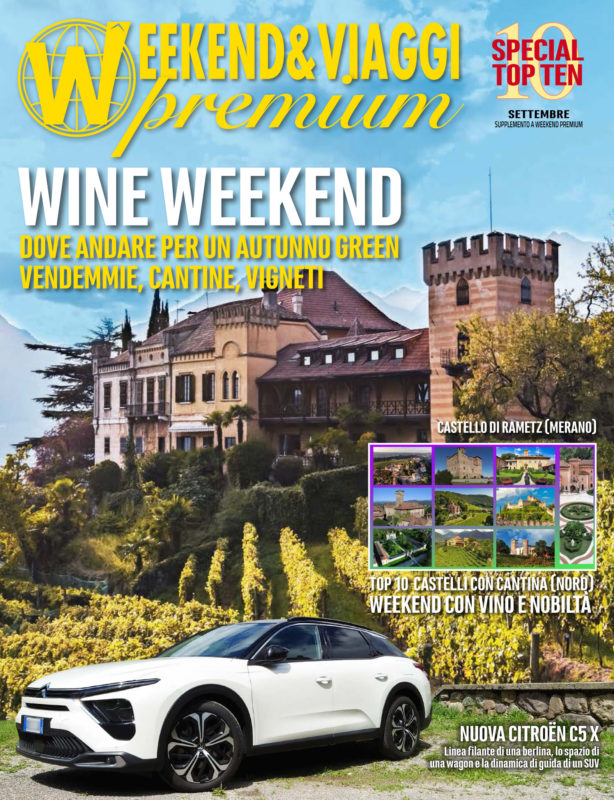